I’ll never forget the first time I went grocery shopping after I assumed the headship of a Jewish day school. I ran into some parents and as we exchanged pleasantries, I noticed that they were surreptitiously scanning the contents of my shopping cart. At first I thought it was just odd, but then I realized they were checking to make sure that everything that I was buying was kosher.

I was appalled. I had never thought that this sort of behavior was going to characterize my tenure as a head of school. But I was wrong. My new job apparently entitled every member of the community to scrutinize everything I ate, wore, and did, attempting to ensure that it measured up to their particular standard of consumption, attire, or behavior. It was an awakening. Previously, I had taught in a college setting and what I consumed, how I dressed, and what I did outside of my classroom was of absolutely no interest or concern to my students and certainly not to their parents. But clearly, I had entered a whole new realm.

At first it bothered me. What business was it of theirs what I did on my time off? Public school teachers and heads are not subject to this kind of scrutiny and they have the law on their side. The American Constitution gives them the right of free expression, free association, and free practice of religion, as well as the right to personal privacy (although courts have supported school districts’ disciplinary actions when a teacher’s private life affects the integrity of the school district or a teacher’s effectiveness). Did I give up my rights when I took a job in a Jewish school? Was I to be judged not only by the quality of the education in my school, its enrollment figures, its alumni successes, and its endowment, but by the length of my skirts, how my children behaved, who my friends were, and what groceries I put in my cart?

Many of those who were examining and judging me were not particularly scrupulous in their own observance. It seems that we Jews go to extraordinary lengths to judge and criticize one another. The most egregious example of this that I experienced occurred one Shabbat at services. The congregant in front of me plopped down in her seat and exploded to her friend: “Imagine! I invited the rabbi and his wife to dinner, and he accepted!!” “What’s wrong with that?” her friend inquired innocently. “He knows I don’t keep kosher!” was the indignant reply. Was this the kind of game-playing and duplicity I had let myself in for in working at a Jewish school? If I bought a can of corn without a hekhsher would my professional competence become a subject of discussion and condemnation? Would the pressures I and my teachers experienced due to the expectations placed on us have the paradoxical effect of causing us to develop feelings of resentment and conflict leading us ultimately to reject the very faith to which we were professionally devoted?

But slowly I came to realize: they’re not wrong.

Setting an example is inherent in Judaism. In making me the head of their day school, the community had made me a role model. And everything I did outside of school mattered. It mattered a great deal. I was not only subject to examination, but everything I did would serve as an example of what one should or should not do. If I did not eat kosher food (which I did), people would say, “Look: Dr. Davis doesn’t keep kosher, so why should we?” If I wore short skirts or spaghetti straps, people would say, “Look: Dr. Davis doesn’t think that modesty is important, so why should we?” If I did not go to synagogue or did not keep Shabbat, I would be held up as an example of the lack of necessity to go to shul or to honor the Sabbath.

The same was true for the teachers. As Rabbi Abraham Joshua Heschel (The Spirit of Jewish Education) wrote, “The modern teacher, while not wearing a snowy beard, is a link in the chain of a tradition.” Heschel called for educators to be “textpeople,” because “it is the personality of the teacher which is the text that the pupils read; the text that they will never forget.” Rabbi Joshua Rabin (I Am a Teacher, I am a Text) expanded upon Heschel’s thought, adding that “teachers are a text because the totality of their Jewish life speaks greater volumes than any text taught in the classroom. As a result, when Jewish educators think about their educational vision, they must recognize that who they are as a person will teach lessons the students will notice, analyze and remember.”

Rabbi Lord Jonathan Sacks (The Leader as Teacher) echoed these sentiments when he wrote that “Teachers are the unacknowledged builders of the future, and if a leader seeks to make lasting change, he or she must follow in the footsteps of Moses and become an educator. The leader-as-teacher, using influence not power, spiritual and intellectual authority rather than coercive force, was one the greatest contributions Judaism ever made to the moral horizons of humankind.” Teaching is influencing rather than mandating. Educators may define themselves by their intentions but others define them by their actions. We all know that “do as I say, not as I do” is meaningless pedagogy.

Eventually, far from resenting the community’s interest in my private life, I begin to take pride in it. I realized that I had been given the opportunity to be an exemplar of all that I valued and loved about Judaism. It became a point of honor to maintain and even increase my own standards of observance so that I would truly be a worthy example for my staff, my students, and their families to emulate. And there were immediate rewards for this position. It was a joy to have students come over to hug me during services or to whisper to me at school on Monday, “I saw you at synagogue!” While I could not invite them all to Shabbat dinner or to a seder, the fact that they saw me in a Jewish setting outside of school made everything we were teaching more real and more relevant. Teachers and staff in Jewish schools have the opportunity to be even more impactful outside of the classroom than in it, because they model behavior in the real world, the world to which our students return each day when school is dismissed.

I am astonished at how many of my fellow Jews separate what they teach and what they live more strictly than they ever separate milk and meat. Parents send their children to a day school, but fill their Saturdays with sports, shopping, and birthday parties. They want their children to pray with kavvanah, but come to services late and spend the kiddush gossiping or talking business or sports. I am concerned about those in Jewish communal leadership positions who fail to honor our faith through their private behavior which is never totally private, because their failure to manifest Jewish values and practices at all times signifies that these are merely window dressing and not inherent to who they are and what they do. It is virtually impossible to teach one thing in a classroom and demonstrate the opposite outside of it and expect that anyone will ignore the hypocrisy.

The Talmud teaches that “parents bring a child into this world but a teacher can bring a child into the World to Come.” This astounding and humbling responsibility is not given to parents, doctors, government leaders, or rabbis. It is given to teachers. Surrendering a modicum of privacy, particularly in today’s world of instant communication and social media, is a small price to pay for this remarkable trust. As Albert Einstein said, “Example isn’t another way to teach, it is the only way to teach.” 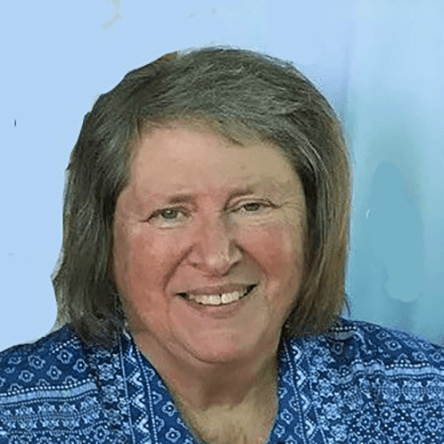 Barbara Sheklin Davis is Professor Emerita of Modern Languages at Onondaga Community College. She served as principal of the Syracuse Hebrew Day School for 27 years. She has written two books of local history: Syracuse African Americans and The Syracuse Jewish Community (with Susan Rabin). More recently, she explored aspects of the Jewish world in three books: 100 Jewish Things to Do Before You Die, A Parallel Universe: Haredi Women Leading Haredi Schools for Girls (with Zipora Schorr), and Two Jews Three Opinions: Klal Yisrael, Pluralism and the Jewish Community Day School Network.

← Teacher Privacy and Boundaries in the Digital Age Caring for Our Caregivers: Supporting and Increasing Faculty Efficacy → 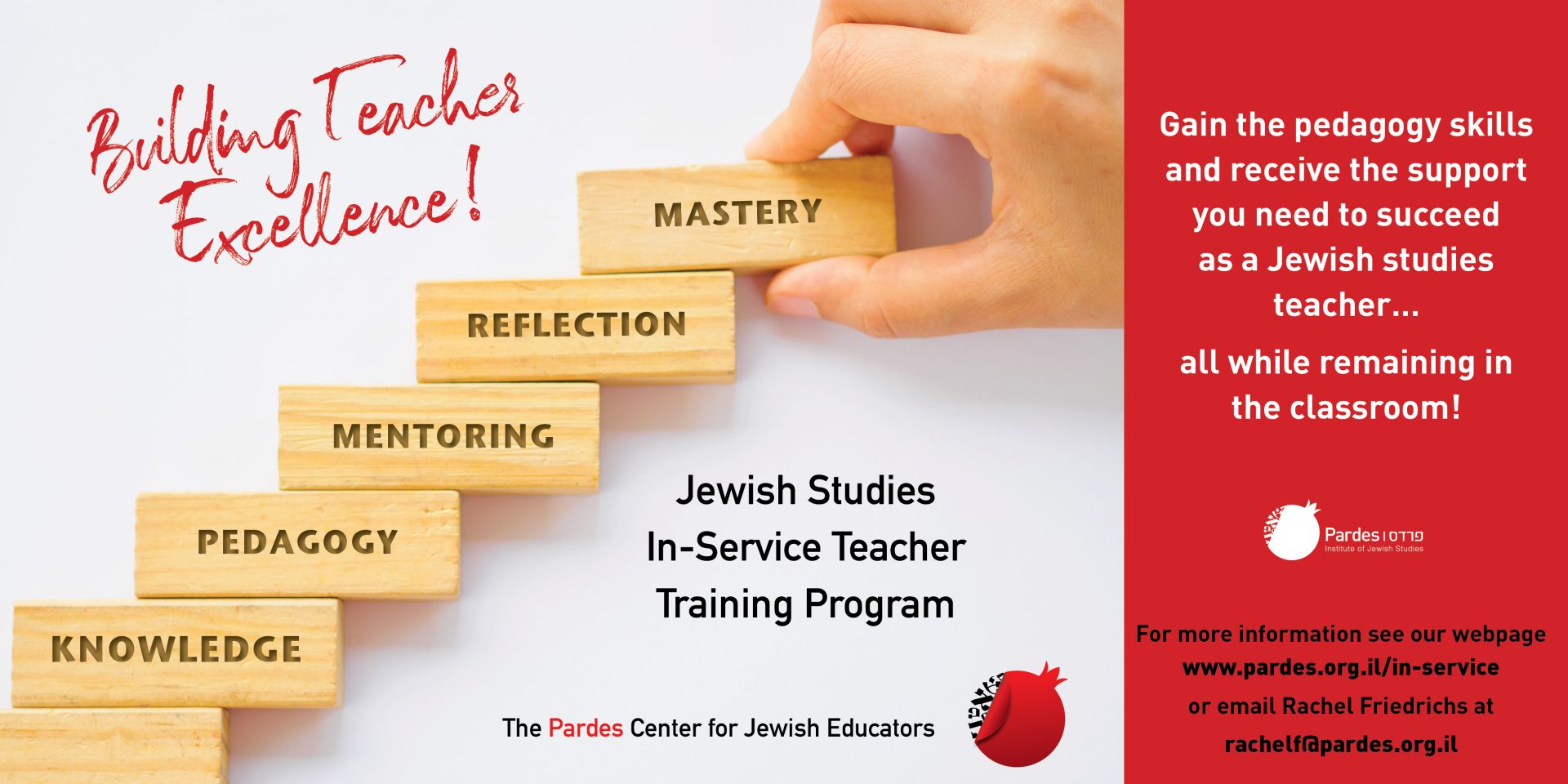