The following approach for teaching Chumash has been developed by the “Machon Leintegratzia” at Bar-Ilan University which specializes in producing teaching materials for the religious day schools in Israel. The primary aim of this approach is to help teachers of heterogeneous classes to reach every pupil without compromising pupils’ academic achievement.

The basis of this approach is that every pupil has several abilities, each one being different from those of his fellow student. Each student’s special abilities can and should be used as a powerful impetus for his own learning and that of his fellow pupils’. Thus, the very difference between children may be fruitful for everyone if we know how to encourage every child to express himself in those areas of his special strength and in which he feels secure. The whole class will profit from this.

As we have seen, intelligence includes more than linguistic, cognitive and academic qualifications. Psychologists and educators today agree about the existence of many sources of intelligence. (Very popular is the E-Q = Emotional Intelligence—promoted by Daniel Goleman, but there are many others.) In addition, we know today that different people have different ways of efficient learning—by seeing, hearing, feeling, moving, acting, etc.

The following material is intended to help Jewish studies teachers in their efforts to advance the progress of every child. As each pupil reaches his maximum potential his classmates will regard him more highly and as a result his self-esteem will grow.

We recommend that the following materials be studied in groups. This learning advances every member’s interaction and dialogues and necessitates expressing one’s thoughts clearly. Through being exposed to another’s way of thinking and arguing, children learn to accept others for who they are and learn important lessons in cooperation and understanding.

The examples include “task pages” for shared work, lists of words and explanations and “work-pages” which are based on shared work and several pages of individual work.

The Machon Leintegratzia has completed booklets for grades 1-3, for Bereishit (Genesis) and Shemot (Exodus) . They are now writing one for Bamidbar (Numbers). We include in this booklet examples from their work on Bereishit and Shemot, and an example from Misrad Hachinuch Sefer Bamidbar for grade 4.

With the help of the dictionary below explain in your own words what happened in the story. 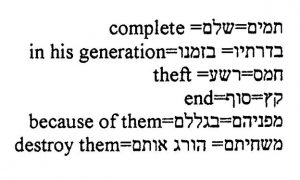 2. One individual behaved differently.
“Noah was a zaddik—perfect in his generations.”

3. Hashem decided to save Noah and told him to build an ark.

Build or draw a model of Noah’s ark. 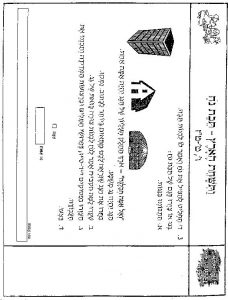 Example 2:
The War of the Four Kings Against the Five Kings (Breshit Chapter 14)

Instructions for the game: 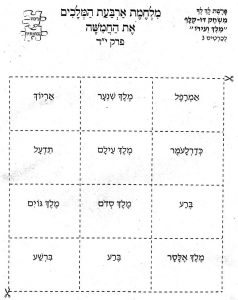 Didactic difficulties of teaching the text

The following pages aim to deal with this problem through summarizing the events in a different way. The pupils should fit the verses into the appropriate box in the correct sequence of events as mentioned in the verses. 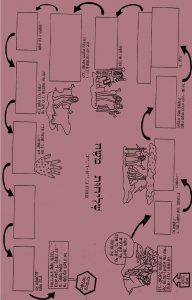 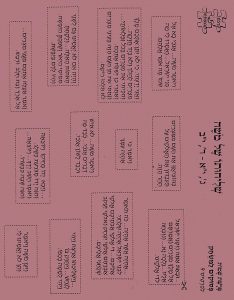