In 1969, Rabbi Joseph Soloveitchik (also known as “The Rav”) began a lecture on Purim, and asked the audience to ponder the “basic discrepancy between Purim and Hanukkah,” two holidays that share a similar status or recognition, despite being spaced a few months apart on the Jewish calendar and marked with individual observances unique to each. “I’m not speaking about specific mitzvot,” he continued. “I’m speaking about the character… halachic background…”

What Rabbi Soloveitchik was concerned with, and what he termed a “paradox,” was that both Purim and Hanukkah are Rabbinically binding holidays,  yet one of the main mitzvot of Purim, specifically the requirement to read the Megillah, was  derived from a Biblical source, the Book of Esther(which is included as one of the 24 books of Tanach). He continues, “The document is D’oraitah (a Biblically-sourced commandment)… but “the obligatory character… binding force of the mitzvah (to read it) is only D’Rabanan (a Rabbinically-sourced commandment).” This asymmetry, he felt, was a significant difference between the two Rabbinically ordained holidays of Purim and Hanukkah, and he wanted to understand how it had occurred.

As he continued his lecture, Rabbi Soloveitchik outlined how the Megillah of Purim was at first not intended as part of the Biblical canon. Initially, the story of Purim was transcribed by Mordecai and shared far and wide with the Jewish community, but it was originally written only in the form of an igeret (a letter). Then Esther wrote another letter, basically repetitive of Mordecai’s initial request, seeking to establish these days of the 14th and 15th of Adar as Purim for all times. “What did she ask for?” said Rabbi Soloveitchik. “Whatever she wanted had been fulfilled, her request (for establishment of the holiday) was granted.”  Esther’s request, he explained, was that this “letter” be elevated to the level of the Holy Books, and once that happened, the lesson that we take from Megillat Esther – now one of the books of the Torah – is much more different, its message all the more powerful and eternal.

“An igeret is a story – a true story,” said Rabbi Soloveitchik. “I don’t want to mitigate the importance of an igeret.” But once the recounted Purim story became an actual Book of the Bible, he continued, “there’s a new dimension to the Megillah, the Megillah is part of the Torah. Certain halachos (Rabbinical laws) must be derived from the Torah… its relevance to today, always.”

Rabbi Soloveitchik shared his philosophy that “any book of the Torah must be a source of Torah knowledge, a source of halachos, of rules of conduct, a source of morality, a source on which one may draw from time to time, when he’s in doubt, in confusion… An igeret is a historical document, not a source of knowledge.” And Biblical stories, stressed Rabbi Soloveitchik, are not merely stories. There are laws and directions in life to be learned from these narrative moments in the Torah. Eliezer and Rebecca at the well, said Rabbi Soloveitchik, singling out one example, “is assigned more space” than the Laws of the Sabbath.

As Rabbi Soloveitchik approached the conclusion of his 90-minute lecture, he asked his listeners what Jewish law can we learn from the Purim story told in the Book of Esther. There are multiple laws that can be derived, but Rabbi Soloveitchik was searching for the one that stood apart from the others. The “central halacha in Megillat Esther,” he answered, “is the duty of the individual to sacrifice his life, if the destiny and the future of the community is at stake.” (And someone – in this case Mordecai – may also advise or coerce him or her to give his life if it will save the people.)

Rabbi Soloveitchik didn’t spell it out, but perhaps Esther’s determination to have “her” book included in the Biblical canon, went beyond a formal recognition of the salvation afforded the Jewish People. Her major intent may have been that her personal sacrifice – where she gave of her life, and could have in fact lost her life – would be conveyed to the generations as a proper approach for each Jew to take when they have the unique opportunity to act on behalf of their People. After all, the other halachos observed during the holiday show Purim to be a celebration of Jewish connection, shared fate and shared fortune.

The Purim experience – as popular (or popularized) as it already is – can offer a variety of new material for educational discussion, that will also likely fit easily into existing curricular themes. For example…

WHAT DO YOU THINK? 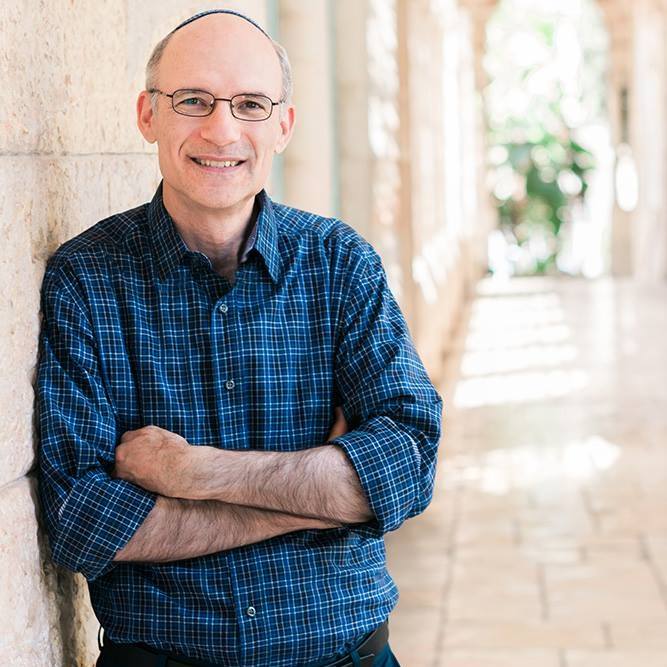 Judah S. Harris is a photographer, filmmaker, speaker, and writer. He documents special events, both in Israel and the US; produces documentaries for families wanting to preserve their multi-generational history; and works with non-profits and companies seeking to market more effectively using enhanced visual storytelling.
www.judahsharris.com/folio

← Is the Menorah Still in Rome (and Does it Matter)?
Helping Your Children (and Yourself) Cope with Crisis →

DON'T MISS OUT ON THE DISCUSSION

Check out the more than

posts in the LookJED archive.