“Well?” the principal asked after a moment. “Has anybody seen anything like this before?”

It was 2007, and we were all staring at a screenshot from a Facebook group. Many of the teachers in the room had never heard of Facebook; it had only moved beyond university-only access a year earlier. I was the youngest teacher in the room by far, and the only one who already had an account.

But it wasn’t the novelty of social media, or the upheaval that was to come from its influence that was shocking us. It was something much more immediate. The screenshot showed a group, one dedicated to (and explicitly named after) a particular student in our school, and the various things his fellow students claimed they wanted to do to him.

“Run him over with my car.”
“Gang up on him in the bathroom.”
“Beat him with a two-by-four with a nail sticking out of it.”

There were other, even less savory statements.

The meeting described above was the result of some students, uncomfortable with how explicitly aggressive the group had become, alerting the administration to its existence. While the faculty and administration grappled with how to address this social issue in the school, I wondered: Was this new? Or did we just think it was? How in touch were we really with the inner lives of our students? How well were we communicating?

As I spoke to some of the other teachers after the meeting, I was interested in the reactions to this new form of social engagement. Some were eager to get involved directly – they started their own Facebook profiles and engaged with their students directly. Others decried the entire site as a means to engage in improper behavior with no consequences or control. Most were somewhere in the middle, unsure whether this was something new, or merely a new iteration of the age-old problem of bullying.

As the infiltration of new technology into our schools has progressed, so too has the presence of communication and social networks. Social networks were in their infancy but growing at enormous speed; many websites had comment functions, which acted as their own social media forums. We had begun to understand that our students were living more and more of their lives online; now it was more important than ever that we decide how to interact with them.

Facebook gave rise to a new verb (or an old verb in a new form): to “friend” someone meant to add them to your social network, with all the access and connection implied. This term gave me pause. One of the most important realizations I had when I began teaching was that I was not employed by my students, or their parents. I was employed by the school as an institution, and my job was to fulfill the educational goals of that institution. Being liked, nice, popular, or friendly was not integral to my job description, except insofar as it enabled me to be a better teacher. Moreover, I had been involved in a youth group as a high school student and was extremely wary of unmediated personal relationships between teens and authority figures. I decided that students were not “friends,” in any sense of the word. I decided that email would be the limit (and created addresses only for school use), and that students would never presume that their access to me outside of school was without strict limits.

Of course, distinctions can be based on the role we must play. The school psychologist often speaks to kids in crisis at odd hours and is engaging with the kinds of personal issues I do not. The principal needs to keep his finger on the pulse of the student body and uses social media, and even text messaging accordingly. Teachers who drive their students to school often talk to them more informally, and on more platforms, simply for the sake of convenience. And of course, there are many who simply disagree with my “no friends” perspective.

The huge variation in the levels of engagement from both students and teachers demonstrates that lack of standardization, and perhaps even a lack of awareness that it is necessary. The fact that some teachers are happy to give students their personal cell phone numbers, while some hesitate even to use a personal email address with a current student, speaks to a lack of consistency on this issue. At the time of that initial meeting, the school had no social media presence or policy (and they were not an outlier in that regard). There were also no policies regarding cell phone or text messaging between teachers and students.

Teachers have long known how awkward it can be to run into our students outside of school, in social or informal situations where, suddenly, behavior that would have been fun or casual might need to be curbed to account for the teacher’s presence. But what about teachers’ desire for their own online social lives? I want to interact with my own friends on Facebook as well; to share silly memes and posts, perhaps a side of myself that I feel is none of my students’ business. Do I get to do that? Or do I need to be as concerned about my own Internet footprint as I want my students to be?

Another thing to consider is what we have learned since the turn of the millennium. Facebook was founded in 2004, YouTube in 2005, Twitter in 2006, WhatsApp in 2009, and Snapchat in 2011. On each of these platforms, people need to account for what others see and how the users are viewed as a result of their posts and interactions. Does our presence in our students’ digital lives provide any ameliorating influence on their behavior? If it does, should our role as educators mandate our participation in those platforms? Perhaps we should be responsible to model what we feel is proper behavior there, just as we do in the classroom.

We regularly warn our students to scrub their social media profiles before beginning the college admissions process, concerned over these perceptions of their behavior. Often, a scandal emerges as a student is found to have posted inappropriate pictures, lewd or racist comments, or violent images on a social media platform. Examples of such posts causing serious harm are legion; a recent high-profile case involved Harvard rescinding admission to a Parkland school shooting survivor over racist remarks made in private (text messages) and semi-private (a class Google Doc) forums.

But it seems that the risk is on both sides. Our students are often innocent in ways we do not expect. Despite their lives as digital natives, they often underestimate the potential impact or risk of letting their darker impulses (or even what seems like innocent fun) run free online. They often seem to misunderstand the most fundamental truth of the Internet: it’s for everyone to see. Some of them seem to have gotten the message, however. On my most recent final exam, an extra credit question asked the junior class how to completely erase their data from Facebook, Twitter, and WhatsApp. I was relieved to see the majority of students responded with the correct answer: you can’t.

The well-known risks for students are mirrored by risks for teachers, but there are additional risks for teachers as well. While we value our relationships with our students, we also value our privacy. We do not belong to our students; while I am happy to answer questions by email, I do not want my students to feel that they are owed a timely response after 11:00 PM. We also risk presenting a side of ourselves we may not be interested in our students seeing – our personal lives do not need to be publicized to all. While some teachers have responded to this challenge by making all social media professional only – eliminating any potential for the “teacher” to bump into the “person” – others have maintained multiple accounts. Is there a DSM entry for online multiple personality disorder?

It’s hard to argue anymore that the Internet is not “real life.” It’s where we talk, shop, travel, learn, fight, play, and hide. Social media has allowed us to do all of these things together, to a degree most of us could not have predicted. It is critical that all educators carefully consider the barriers they choose to erect between the different areas of their online lives. If we do not make these choices consciously and with consideration, they will be made for us – after all, the default setting on most of these sites is “Open.” 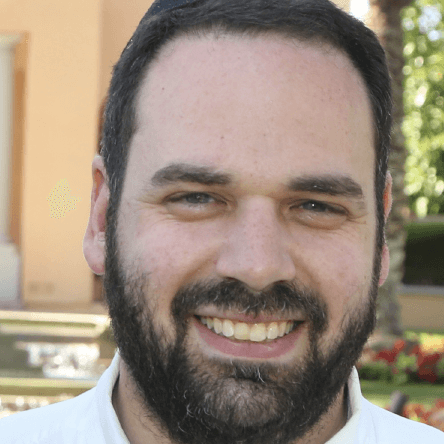 Moshe Glasser, EdD, is currently the Director of Academic Affairs and Chair of the English Department at the Jewish Educational Center High School in Elizabeth, NJ. He has worked as a teacher and administrator in schools around the New York/New Jersey area for the last fourteen years, blending literature, history, current events, and Jewish ideas in all of his classes. He lives in Fair Lawn, NJ with his family. 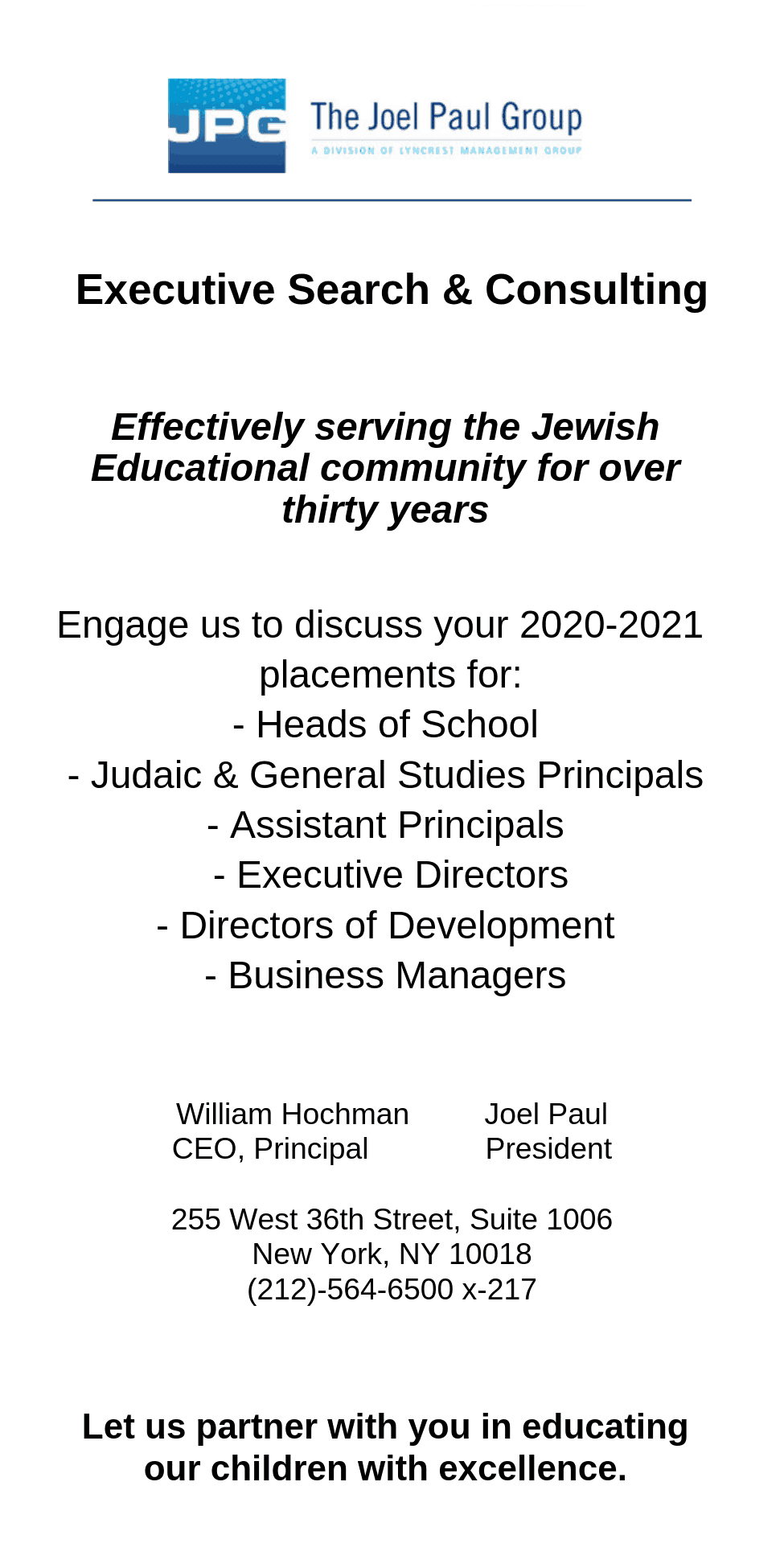