Building a Culture of Communication

Models of healthy, open, frank conversation in public or private discourse are all too rare.  In public discourse, what little evidence of listening that we do hear is primarily in the service of stockpiling rhetorical ammunition for the next counterargument.  Jewish schools can be positive agents for correcting this gap, particularly within the Jewish community. Schools provide a unique place to mold the ways the next generation of Jewish adults will think, speak, and interact with one another and the world.  Yet, Jewish schools cannot fulfill this potential unless they first change the ways their adult employees communicate with students, with one another, and with parents. Too often, attempts to build open, respectful communication about difficult subjects are episodic and isolated.  It is wishful thinking to imagine that a few programs will change most students, a couple of PD sessions will change teachers, staff, and administrators, or a periodic focus group constitutes real communication with parents.

What is needed is cultural change—changes in habits of mind and heart that produce deep listening, sensitivity to a variety of viewpoints, owning the impact of our words, awareness of power dynamics, and the desire to actually understand one another, to bridge differences where possible and to live honestly with disagreement that remains.  That is not accomplished by one-off or occasional attention to this issue. Effecting cultural change around open, honest communication happens only when it is a high priority of a school, and it needs to be attended to every day and in every interaction.

So how do we change when it comes to discourse about difficult subjects?  Our experience at Gann Academy in working on this, grounded in research and best practices, indicates there are several key elements to changing the communication culture:

Let’s dig into each of these areas.

The most important element of fostering open communication, even about hard subjects, is a commitment to a stance of inquiry.  Without this commitment, we all climb the ladder of inference very quickly. We assume we know the facts of the situation and understand the person we are talking to.  We infer their beliefs from that assumption. We ascribe motivations and values, often negative ones, based on our assumptions about their beliefs. The edifice of enmity in discourse rests on assumptions that may be, and often are, wrong, or at least only part of the story.  A stance of inquiry starts from a place of humility about what we can know about others without asking them directly. It relies on a healthy skepticism of ourselves whenever we find ourselves ascribing bad motivations to others. And if we find ourselves already up the ladder of inference, it provides a way back down:  asking people what they mean. We take seriously the idea that we should let others characterize their motivations, values, and beliefs.  We don’t impose our interpretation of them.

This is something both adults and students can be trained to do by paying attention to the kinds of questions we ask others (clarifying, probing, analytic).  Active listening is in some ways easy to coach—by habitually checking for our own understanding. The hard part is remembering that we must continually practice a stance of inquiry and active listening by building it regular programming, advising of students, supervision of employees, collaborative work, etc.  It needs to be part of meeting protocols, feedback sessions, conversations with students and parents, and in every place where we want to make sure people actually understand one another and don’t just assume they do.  When teachers see students climbing the ladder of inference with other students, they must be willing to intervene and ask them to inquire instead. Every day, every time. It is only by developing a stance of inquiry as a habit that adults and students will naturally employ it when the topic is difficult.

At Gann, language has been a vital part of cultural change.  When we talk about a stance of or asking open, honest questions, or not climbing the ladder of inference, there is a common understanding of what is meant.  That is vital to pulling in the same direction to create the culture of communication we want, and it also supports being an upstander in support of the culture.

It is all well and good to have a common goal to encourage a stance of inquiry, but no amount of PD, coaching, or programming will work to shift culture in a deep way without as many people as possible, students and adults, being willing to call out violations of the culture.  There are two critical pieces to this work: (1) everyone in the school needs to be encouraged (or pushed) to talk TO people, not ABOUT people; and (2) the real work is done by upstanders to defend the culture we all want.

What does this look like in practice?  There are innumerable ways in which we are all inclined to avoid hard conversations, yet for our schools to develop the capacity to conduct such conversations well, avoidance has to be sharply curtailed.  Yet, when there is a problem, most of us prefer to express our frustration or anger to someone who is a trusted colleague or friend rather than the person we are upset with. This is where the power of third parties can be potent.  If I allow my friend to complain about someone he is upset with, I contribute to an unhealthy culture. If, on the other hand, I push my friend to speak directly to the person she is mad at, and to approach that conversation from a stance of inquiry, I help build a stronger, better culture of communication.  The importance of common language is that gives all of us, when we are the bystander, a way of being an upstander: “I understand you are upset, but you should be talking directly to him. Remember, take a stance of inquiry; it may not be what you think.” The same idea goes for teachers not allowing students to violate classroom protocols, or administrators sending students and parents back to teachers to talk out a problem, or any other of the myriad of ways we are inclined to avoid hard conversations.  The thousands of such interactions in a school year are an invaluable resource for practicing basic, open communication skills. The sheer volume of iterations strengthens those skills so that, person by person, we can shift the way we interact. When it comes to a controversial program on race, gender, Israeli politics, etc., we all have serious capacities to draw on.

While there is only so much that one-off programs can do to change , ongoing programs with a school can have a profound impact.  At Gann, we have relied on the development of programs that involve small groups (4-20) with protocols that incorporate the skills and stances I have mentioned already.  There are student groups, groups of adults, and groups with students and adults. These include groups that work on reflective practice, on issues of race and identity, on character development, on leadership development.  Protocols for faculty meetings, staff meetings, department meetings, committee meetings not only build but contribute to productive collaborative time. Our protocols emphasize balanced voices, different voices, and surfacing rather than suppressing disagreements. Such protocols not only develop communication skills, build consensus for the value of a culture of open communication.

Once there is widespread acceptance and use of the basic skills that build a strong culture of communication, much of the work that enables robust discourse on hard topics ready to go.  Yet, there a second tier of advanced skills that are needed for the most difficult and charged conversations, the ones where our own identities and values most feel at stake. This is work at Gann that we have taken on explicitly in the last couple of years, supported by programs such as Hartman’s Resetting the Table, S.E.E.D., using thinking routine protocols developed by Harvard’s Project Zero.  I want to focus on three areas that shouldn’t be underestimated:

Power differentials between the people engaged in a hard conversation are sometimes obvious, sometimes subtle, but rarely acknowledged for the complexity they add to a conversation.  Whether it is authority, the power to give grades, or the power of deeper knowledge, these dynamics cannot be eliminated, we can only become more mindful of the ways they shape our hardest discussions.  It is critical to be aware of the dynamics in play, name them explicitly, and take care not to exacerbate them.

Owning Impact, Not Only Intentions

It is not unusual in discussions of difficult subjects for someone to be hurt or offended.  When we have offended someone, it is natural to refer back to our good intentions or, worse, to dismiss the feelings of another as being over sensitive.  Both are deadly to a culture of communication. It isn’t that we need to avoid provocative views or walk on eggshells – on the contrary. The helpful response to hurt feelings isn’t to deny the hurt or belittle them, it is to ask about them, learn about them, and understand them.  Whether we meant to provoke or not, it is critical that we own the impact of our words. This is one of the most complex needles to thread and easily devolves into niceness at all costs on the one hand, or tone-deafness on the other.

The thinking routines of Harvard’s Project Zero provide numerous ways of making classes, meetings, and open discussions more inclusive of different viewpoints.  Many routines develop skills that get a critical piece of a deep, strong, open culture: they help us shrink our blind spots. When the use of these or other similar routines becomes in a school, the variety and depth of conversational strategies for handling a wide range of difficult topics assured.

If a school is serious about developing these skills, then it must hire for the willingness and capacity to engage in the work, and it must evaluate all employees on their active engagement in growing those skills.  At Gann, we have done the painstaking work of developing evaluation rubrics for these skills. Often, this is ignore, at the cost of both school culture and the quality of learning.  A math or Talmud teacher who understands how to take a stance of inquiry not advances the culture of communication, she will also be a much better math teacher or Talmud teacher.

All of these elements for approaching cultural change in the ways school tackle hard topics and in the we train our students to become leaders of such conversations as adults simply open the possibilities for such conversations.  They still require the will to have such conversations, and the courage to engage in them when we don’t know how they will turn out. The conversations themselves will not produce unity; that’s not the goal. Doing hard conversations well is not aimed at solutions so much as surfacing disagreements.  They allow strong passions to emerge, rather than be papered over. Yet, these are what we need to build a culture of civil discourse. I believe it is imperative for Jewish schools to do that holy work.

Director of Teaching and Learning at Gann Academy

Jacob Pinnolis is Director of Teaching and Learning at Gann Academy, designing and overseeing processes for hiring, supervision, evaluation, and professional development of faculty, focusing on training department chairs as teacher developers. Jacob teaches philosophy, facilitates Department Chair Rounds, and mentors new and veteran teachers in both instruction and leadership. Jacob has degrees from Harvard and JTS, and 30+ years of teaching experience at high schools and universities. 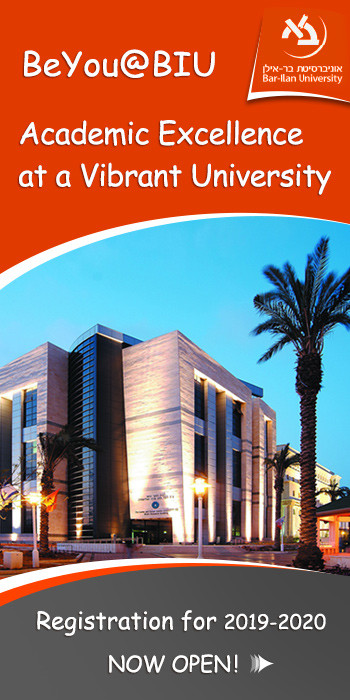