Championed by leading scholars of positive psychology, the teaching of “grit” involves teaching students how to persevere in the face of challenge. Research has shown a person’s grit to be a greater indicator of success than academic prowess. Increasingly, “soft skills” such as grit, optimism, creativity, and social-emotional learning are gaining significant share and emphasis within school curricula. Innovative initiatives, such as the CASEL standards, are paving the way for schools to consider the wellbeing of their students in new and exciting ways.

In the Judaic Studies classroom, preparing students for a bright future has always meant catering to more than their academic ability. Faith, spirituality, Jewish rituals, history, identity, and ethical refinement already receive their fair share of attention in a Jewish day school. As the teaching of soft skills gains traction in schools around the world, how can Judaic Studies be utilized, whether as a partner or as a driver for teaching grit in Jewish day schools? In what ways and to what extent can the events and laws of Judaism be utilized to convey and develop the core skills that determine our own personal grit?

In this article, we will look at some of the fundamental research issues related to grit, and present samples for its integration in the Judaic studies classroom.

Three Elements of Grit
In Promoting Grit, Tenacity and Perseverance, the U.S. Department of Education breaks down the various skills that promote grit into three categories:

Academic mindset and effortful control: Jewish learning and practice provide ample opportunity for developing these skills in the Judaic Studies classroom. The veneration of Jewish scholars of the past, their personal lives, and their works allow students to see themselves as a member of a long-standing academic community. In particular, enabling students to identify scholars that speak to them on an emotional or personal level encourages them to “sign-up” to this academic community, and generating their own original thoughts and contributions elevates them to become active members in this community of scholars. Similarly, adherence to ethical standards and observance of ritualistic laws, despite the discomfort sometimes associated with them, aligns with the development of effortful control, as students learn to choose higher-order goals over their immediate needs.

Strategies and Tactics: Specific paradigms and exercises in Jewish thought and practice encourage the development of these skills.  Goal setting is one tactic identified as a “gritty” behavior. It requires students to set specific goals, with specific criteria for their achievement. The high holidays provide a wonderful opportunity for students to set their goals for the following year and can be framed as part of an ongoing Jewish practice of teshuvah. Goal setting can focus on personal, interpersonal, academic, and religious/spiritual goals, making this a cross-curricular activity. With their goals set, students can progress to the tactic of defining tasks, or specific activities required to meet their goals. Defining tasks in a “gritty” way means constructing full definitions of upcoming tasks, considering what is known and unknown about the task, as well as potential difficulties and challenges that may pop up upon implementation. What do they know and not know that will impact their success, and what challenges will they have to overcome to meet their goals? Utilizing high holidays can provide an excellent starting point for the ongoing development of grit over the course of the coming year. With guidance from their teacher, students can be directed to regularly self-monitor both their progress,  successes, and failures, with relation to their overall goals and their defined tasks, as well as their response to challenges through the lens of the strategies and tactics they previously defined.

The critical thinking required in a “gritty” task definition is reminiscent of the critical thinking skills that may be utilized and developed in Talmud study at the high school level. In a Talmudic debate, two sages often clash over a particular legal ruling, each bringing his own unique set of sources and interpretations. To understand and clarify the opposing positions, and their areas of agreement and disagreement, it is useful to complete the following steps:

Once a mental acuity for critical thinking has developed, it can be easily and effortlessly brought to bear in one’s personal life. Students of Talmud are primed and ready to employ their critical thinking skills for the design of rich, thorough, and realistic tasks to help them reach their goals. While the teshuvah process suggested earlier positioned the Judaic Studies classroom as a driver of a school’s grit development program, the study of the Talmud allows it to play a strong supportive role. Without allocating additional resources for this purpose, students can cultivate some of the core skills that indicate “gritty” behavior, within the Judaic Studies classroom.

Planning Strategies – Developing the habit of planning strategies requires formulating specific actionable plans in anticipation of potential challenges. Students should consider the effectiveness of their solutions in advance so that they are not caught unprepared if and when their efforts are not met with success. While our earlier examples leaned on skill development through activity, the Judaic Studies classroom can also be a driver of grit by promoting classic Tanakh characters as exemplars of “gritty” behavior. Moses, David, Sarah, Hannah, Elisha, Jeremiah, Ruth, and Esther, among others, all display “gritty” behavior and provide fodder for teaching grit in Judaic Studies. Consider the teaching of Jacob upon facing his brother Esau. According to Rabbinic tradition, he prepares using a three-pronged strategy of appeasement, prayer, and war preparations. Clearly, Jacob did not put his entire confidence on any one strategy – he considered them all to have some chance for success, and determined specific strategies to mitigate the flaws of each. This is a “gritty” planning strategy! Students should be encouraged to employ similar approaches when defining strategies for each of their defined tasks and can be inspired to do so by the stories of their forebearers.

Enactment  – Students can create calendars for when their tasks should begin, strategies should be employed, or decisions should be made. When doing so, they should structure the environment to be as favorable as possible. In this case, as well, characters in Tanakh are available as exemplars of “gritty” behavior and inspirational paradigms, particularly with younger students. For example, Josef waits for the perfect time to reveal his true identity to his brothers and actively works to construct that environment by seeking to fill in the unknowns that are linked to his task definition.

Monitoring and Adaptability – Individual solutions, tasks, and even goals are not set in stone. Grit requires constant monitoring of one’s performance, seeking new information, managing time, assessing success and failure of strategies, and measuring progress against the criteria defined when setting goals. If and when progress is not being made, a student can reformulate tasks, goals, conditions, strategies, and plans, or seek assistance from other people. Adaptability is central to developing grit and is the outcome of intensive forward planning of a new goal or task. Upon failure, instead of concluding, “I’m useless,” the student can identify specific unknowns that caused the problem or strategies that are not working. Students may have even foreseen this as a potential outcome when considering how successful their strategies would be. The conclusion shifts the student from feelings of despair and defeat to a mode of problem-solving, identifying new potential solutions and improvements. In this case, we turn to the Jewish calendar as a pedagogic tool with its cycle of holidays. Just as the lean iterative process, so common today in software development, requires constant iterations of efforts and attempts, so too Jewish life as a whole can be seen as an adaptive and iterative process. For example, the Passover Haggadah declares that we must feel at the Passover seder as though we had each been freed from slavery in Egypt. This begs the question: Were we not free last Passover?! The answer is that we were indeed free, but we can be freed again, and more fully, through the retelling and reliving of our story. Be it daily, monthly, or annually, students can identify their progress, and adapt where necessary. God himself seems ready to adapt when progress does not seem to go to plan. The exile of Adam from the garden of Eden, the flood in the times of Noah, the readiness to create an entirely new nation from Moses following the sin of the Golden Calf, and the destruction of the Temple along with its ensuing exile are all examples of God’s adaptations to a master plan that seems to have gone awry. To adapt and iterate is to be divine. As the Talmud itself says “No person understands Torah without first making a mistake.”

Connecting to scholars, relating to Jewish practice and ethics as a form of effortful control, following a teshuvah process, studying the Talmud analytically, looking to Tanakh characters as exemplars, and learning from the holidays and cycle of the Jewish calendar are all ways in which the mindsets, tactics, and strategies that comprise grit can be introduced and developed in the Judaic Studies classroom. There are many more methods and sources available to school administration or Judaic Studies teachers interested in developing “gritty” students. Whether in a supportive role involving cross-curricular alignment or as a central driver in such a program, Judaic Studies is truly poised to play a powerful and central role in teaching grit. God describes the Jewish people as a “stiff-necked nation” – meaning, “gritty” (or stubborn) by nature! As a four-thousand-year-old nation, currently speaking the same language on the same land as their ancestors despite having endured incredible hardships, history would seem to attest to that fact. 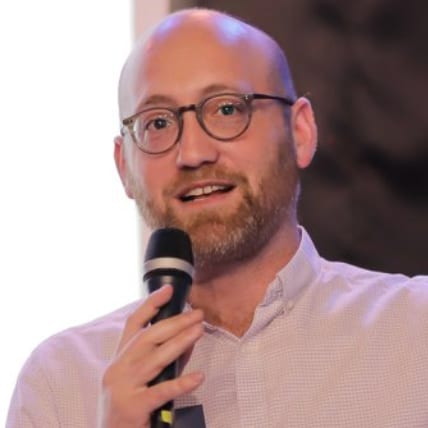 Tal Segel is an educational designer, creating curriculum and software for providers such as Pearson Education, eDynamic Learning, and The Lookstein Center. He has taught Judaics at numerous US day schools and gap year programs, and is the founder of Gaon Education. Tal holds a Masters in Education from Yeshiva University and received rabbinic ordination from Dayan Shimon Garbose.

brilliant analysis and important article by Rabbi Segel. All Jewish educators should read this!