Resilience in Holocaust Education: A Museum Based Approach📄

It was déjà vu all over again.

Once again, I was hired by a still-under-construction museum, with great plans years in the making. But one difference in this project was significant: instead of an entirely new museum and exhibit being created from scratch, this was a redesign and relocation of a museum with a thirty-plus year history, an institution with an extensive collection of Holocaust-era artifacts and archives. Instead of working with newly donated objects, many with their provenance lost with the demise of their original owners, I was immersed in a world of historical objects and powerful histories that had been generously given and cared for over the decades.

As we began the slow and tedious job of locating, cataloguing and rehousing the collection with the intention of selecting artifacts for exhibition in several years time, an idea came to me. It was a nagging feeling that these items, sitting in storage, had an important role to play even before they would make their debut behind the glass of the new permanent exhibition.

At that moment, local and world events seemed particularly bleak. News of hurricanes, school shootings, Me Too, and a steep rise in both American and European antisemitism was peaking. There I sat, handling both evidence of some of the worst atrocities executed by humanity and incredible human responses to a world seemingly gone mad, with a single thought: why not begin now? Through what medium could the story of human resilience during the Holocaust, as told by the museum’s collections, be shared today? How could we create a platform for these artifacts to tell their stories and share their profound messages already at this time?

The term “resilience” is often linked with overcoming a challenge or moving on from a difficult situation. But as Sherri Mandel writes in The Road to Resilience: From Chaos to Celebration, resilience is not so much about overcoming; it is about becoming. Resilience is accepting those challenges and moments of trauma as new realities, choosing to embrace your vulnerabilities and allowing them to propel you to greatness. Through the lens of Holocaust artifacts, photographs, and testimonies of survivors, we might be able to guide students in focusing on their own personal growth and moments of “becoming.”

Enter Resilience: Individuals, Families and Communities During the Holocaust, a special exhibit produced by the Holocaust Museum & Center for Tolerance and Education in the fall of 2018. The exhibit toured local schools and was then installed at the museum, attracting Jewish and non-Jewish visitors of all ages. The exhibition showed the ripple effect of individual resilience affecting families and communities, then explored the reverse of communal resilience that in turn filtered back down to families and individuals.

While the Holocaust brought destruction, death and devastation to millions across Europe, for some Jews who lived under Nazi rule there was a need to seek normalcy in the face of chaos. The ability to adapt and persevere, to whatever degree possible, enabled victims and survivors of the Holocaust to assert their humanity in a world where it was denied to them. Children adapted to new homes and families. Mothers and wives adapted to new roles. Communities adapted to strengthen from within. This was the meaning of resilience that we sought to define and teach.

In approaching the resilience of individuals, it seemed only natural to turn to the experiences of children. The Nazis murdered 1.5 million Jewish children during the Holocaust; while they lived, these children were particularly vulnerable, but simultaneously demonstrated great personal resilience. Children were expelled from schools, ostracized by peers and separated from their families. In response, many adapted to their new circumstances by writing diaries, continuing schoolwork, smuggling food or secretly observing religious practices. For some, just clinging to memories of their old homes or true identities while hiding with new families was nearly impossible, yet they did so. Each of these seemingly small acts of heroism were building blocks in the development of individuals’ resilience.

The photos chosen for the exhibit are telling and speak for themselves, particularly the one of a refugee girl newly arriving on the second Kindertransport to Great Britain. Asleep in a chair and hugging her doll tightly, the image of this young child captures the experience of thousands of others. In this defining moment, this short bridge between their old homes and a new world, children transitioned from someone’s child to individuals responsible for their own lives. It was their ability to adapt in the coming months and years that would determine their destinies.

Dan Pagis’ famous poem Written in Pencil in the Sealed Railway Car explores one of the first and most tragic themes of the Holocaust: the destruction of the family unit. In shifting from a focus on individual to family resilience, we considered this tragic separation experienced by millions. Seldom were families able to stay together and men were frequently taken away first for forced labor in concentration camps. Through the powerful eyewitness testimony recorded in the diary of 14-year-old Rywka Lipszyc, a teenage girl in the Lodz ghetto, one can almost feel the terror engulfing those being torn apart from their loved ones. In an entry dated Thursday, February 24, 1944, Rywka wrote,

It seems to me that the ghetto is getting empty – it’s empty everywhere… God forbid that something bad should happen. Unfortunately, the prospects are not good. There is bad mood everywhere…. If I only knew that we’d be together, it wouldn’t be so bad, but a separation?… It’s so tragic, hopeless.” (p. 142)

With their husbands missing or dead, women adapted to become heads of households, oftentimes trying to arrange escape routes for remaining family members. After the war, when family reunions were rare, survivors came together to bring new life into the world. The new lives of these she’erith hapletah, surviving remnants, rarely resembled their old ones. Perhaps the most poignant illustration of families built from the ashes of the Holocaust was the exhibition of Lily Lax Friedman’s wedding dress (courtesy of the United States Holocaust Memorial Museum). The dress, made from off-white parachute material, was sewn and worn on her wedding day in the Bergen Belsen Displaced Persons Camp. As evidenced from the multiple seams and stitches along the side, many brides borrowed and re-fitted the dress for their own weddings afterwards. These young women embraced their new realities with determination and faith, fulfilling the words of Psalms (118), “The stone the builders discarded has become the very cornerstone of the building.”

Communal instances of resilience often paralleled, but also contrasted, those of individuals and families. With Hitler’s rise to power, whole communities, large and small, were affected. Jewish communities were isolated from the rest of society, dehumanized by propaganda and murdered for their faith. In response, leaders and rabbinic figures organized their followers to create self-help organizations and resistance movements. Communities turned inward as they attempted to survive or, at the very least, leave testimony about their existence and evidence of the atrocities committed against them.

What does community mean to you? This is the question we asked students to ponder as they considered examples of communal resilience. Communities formed and were destroyed during the Holocaust and its aftermath. Operations such as ghetto uprisings, the secret Oneg Shabbat archives, Shavuot prayer services led just weeks after the war’s end and public Pesach sedarim held in the years following the Holocaust provided students the opportunity to explore the leadership behind newly created communities. The leaders were those who rose to the occasion, individuals galvanized for unique and often terrifying positions that had no precedence and few possibilities of positive outcomes.

Visiting the Resilience exhibit is a process of self-reflection and a starting point for personal growth. Many of our students have experienced, or are currently experiencing, challenges in their lives but have become experts at masking their vulnerabilities through outward signs of strength and self-protection. What they need to know is that when everything is falling apart, these trials may serve as events that can eventually propel them to greatness. By immersing students in stories of Holocaust resilience, stories not always of survival or happy endings but ones of hope and possibilities, we empower them to begin the process of adapting and becoming resilient. They learn to persevere for themselves, their families and communities, offering strength while drawing fortitude from others as well.

At the museum, artifacts exhibited from the archives help tell these stories. A sports club badge demonstrates how Erich Bloch’s community turned inward and adapted to the realities of antisemitic laws in Nazi Germany. A siddur rescued from the burning Neue Synagogue in Berlin on Kristallnacht speaks to a community’s resilience and determination to rebuild. A blue-and-white-checkered blouse made from US army-issued bed sheets in the DP camps shows how Ida Schwartz sewed new clothing as she simultaneously stitched together the fragments of her life after the war.

In individual classrooms, students can delve further into the diaries, photographs and survivor testimony resources offered by the Resilience exhibit. Teachers can also incorporate many additional aspects of Holocaust history demonstrating the need for resilience into history and language arts classes. One way to explore this topic further is by encouraging students to share stories and artifacts that tell of their own family histories of resilience. Such connections to personal historical narratives provide children with both the pride and knowledge of their family traditions of strength and endurance.

Resilience develops as individuals, families, and communities make personal choices to adapt and move beyond their devastating circumstances. It is a story that can be told through the chapters of history and, sometimes, impressively witnessed in our everyday lives. Concluding with the quote by Viktor Frankl (1946), “When we can no longer change a situation, we are challenged to change ourselves,” the Resilience exhibit is both a lesson in Jewish history and a model of enduring perseverance for all time.

Resilience: Individuals, Families and Communities During the Holocaust is available for rentals by schools and libraries in the New York Tri-State area. Contact the Holocaust Museum & Center for Tolerance and Education at 845-574-4099 for more information. 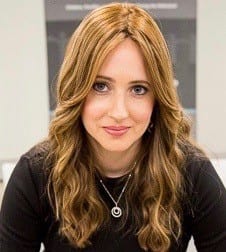 Julie Golding is the curator at the Holocaust Museum & Center for Tolerance and Education in Monsey, NY. She is currently pursuing a PhD in Jewish Educational Leadership & Innovation at Azrieli Graduate School and is a Wexner Graduate Fellow & Davidson Scholar.