“Feminists have been resilient for decades. [Their] elasticity and ability to persevere even in the face of injustice and hatred has been essential to the movement’s strength.” This quote, from a piece titled “The Power of Resilience,” was written by a participant of the Jewish Women’s Archive’s Rising Voices Fellowship: a year-long leadership development program for female-identified teens in tenth through twelfth grade who are passionate about Judaism, feminism, and social justice. Through the program, participants hone their unique perspectives through writing and begin to influence the important conversations within the Jewish and feminist communities. The overarching goal of the Fellowship is to develop the world’s next generations of Jewish feminist leaders.

Resilience is a useful quality for leaders in any capacity, but for those engaged in the fight for justice, resilience is essential. Whether you’re working towards equity for people of color, women, LGBTQ people, disabled people, or any number of other marginalized groups, the work is never-ending and marked by setbacks, obstacles, outright failures, and adversaries who will do anything to defend the status quo. Rising Voices Fellows learn this, and they also build the knowledge, skills, and resilience they need to grow into effective leaders in the fight for social justice. How do they do this? By learning Jewish women’s history.

There’s a long history of Jewish women activists and changemakers, and knowing this history helps to contextualize current social justice movements. It also shows not only how much work there still is to do, but the progress that’s already been made. Fellows’ writing illustrates time and time again that having an awareness of Jewish women’s history gives them hope for the future, as well as a sense of groundedness, and encourages them to continue fighting for justice despite the inevitable challenges. In Robyn Fivush and Marshall Duke’s research, they assert that, “family stories provide a sense of identity through time, and help children understand who they are in the world…” One can argue that knowing Jewish women’s history is similar because it gives young Jewish  women a sense of their own activism in context, and contributes to the formation of activist identities.

One Fellow who wrote a piece about Congresswoman and women’s movement leader Bella Abzug said, “Abzug continues to inspire me to channel my anger and feelings of helplessness toward the institutions that create them: I must become the system to beat the system.” Another, who wrote about former Texas State Senator Wendy Davis, wrote:

There are crucial lessons for feminists to learn from Davis’ meteoric rise and ultimate fall. Feminism is frequently linked to winning, from battles over legislation to fights to change pervasive cultural norms, but the reality is that sometimes it takes more than one try to achieve a goal…

And one more, who wrote about author Judy Blume, reflected:

Inevitably, a coming-of-age story is a story of finding self-worth…That’s what growing up is, I think. Learning how to build your world and yourself out of the remains of previous failed attempts, and turning those failures into building blocks.

These are just a few of the many examples of Rising Voices Fellows drawing strength from Jewish women role models—both historical and contemporary—to fuel their own activism. Their awareness and understanding of historical Jewish women helps them retain hope that their ongoing efforts matter, and maintaining that hope is key to building resilience.

Another source of hope to be found through learning Jewish women’s history is the proof that progress has been made, despite the fact that it is not always linear. Through learning this rich history, Fellows learn that the women who came before them tackled complex and often relatively more challenging obstacles than they themselves face today. One Fellow, an aspiring architect, who wrote a piece about pioneering female architect Phyllis Lambert, noted that Lambert became an architect in 1963, “when the field was even less hospitable to women than it is now.” She goes on to say:

I am a young Jewish woman who wants to be an architect, and [Lambert’s] story inspires me. [She’s] a powerful example of a successful Jewish female architect, and [her] impact in this field shows me that I can do the same.

Recognizing that those who came before helped pave the way for future generations to succeed is incredibly powerful. Not only does this help young women feel empowered to continue to navigate challenges and to not give up, but it also helps them see that their own struggles may very well make things just a little bit easier for the generations of young women coming up behind them. Again, part of building resilience is recognizing that your own struggles can have a positive impact, and, therefore, that continuing to get up and persevere after facing obstacles and setbacks is the way to help set the stage for a more positive future.

There’s a specific reason why the Rising Voices Fellowship employs language that emphasizes the connection between historical Jewish women and young women in the Fellowship. The program doesn’t just teach Jewish women’s history, but teaches Fellows to see themselves as part of that history, and therefore, as part of a long line of Jewish female changemakers. One Fellow, in a piece that draws connections from biblical Miriam to her mother and herself, said:

I know that I come from a long line of strong women—women who get things done; women who aren’t afraid to step out of their comfort zones to stand up for what they believe in. Whether that is leading a song on the edge of the sea, or blogging about abortion rights, Jewish women stand strong together. I now recognize my place in the line of Jewish women, and the strength that comes with it.

As demonstrated in this quote, Fellows come to understand that what they’re learning isn’t just some amorphous history, but it is their history, their story, which is not only about the past, but also about the present and future. Seeing continuity and feeling kinship with Jewish women from as far back as biblical times and all the way up to today shows young women that they aren’t alone and contextualizes their work in a much larger and longer story. Recognizing that they have the whole of Jewish women’s history behind them bolsters Rising Voices Fellows in their activism and, again, helps them build the resilience they need to continue pursuing justice.

The Rising Voices Fellowship tells young women that their voices matter and should be used. In a society that so often fails to listen to women’s voices, or even outright silences them, Rising Voices Fellows are told not only that they can speak up, but that they should, and that what they say is vitally important in creating a more just world.

This article opened with a quote. “As a feminist, I have found that resilience is characteristic of strong women. Through this strength, we can show that we’re here to fight injustice and don’t intend on backing down.” By learning Jewish women’s history and being in an empowering and supportive space, Rising Voices Fellows learn to see themselves as part of a long line of strong Jewish feminists and emerge with the tools they need to be effective social justice leaders and changemakers.

Larisa Klebe is a Jewish educator and nonprofit programs professional who has specialized in Jewish women and girl’s empowerment for five years. She is the former Associate Director of Programs and Education at the Jewish Women’s Archive and currently directs Nishmah: The St. Louis Jewish Women’s Project (a program of the J). 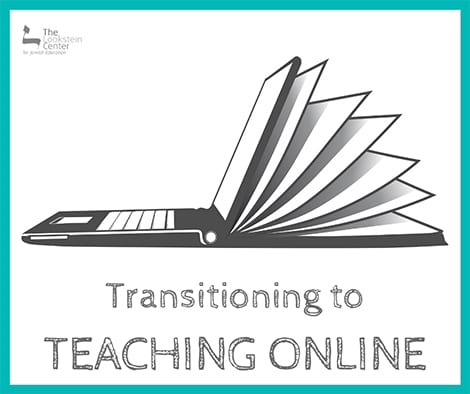